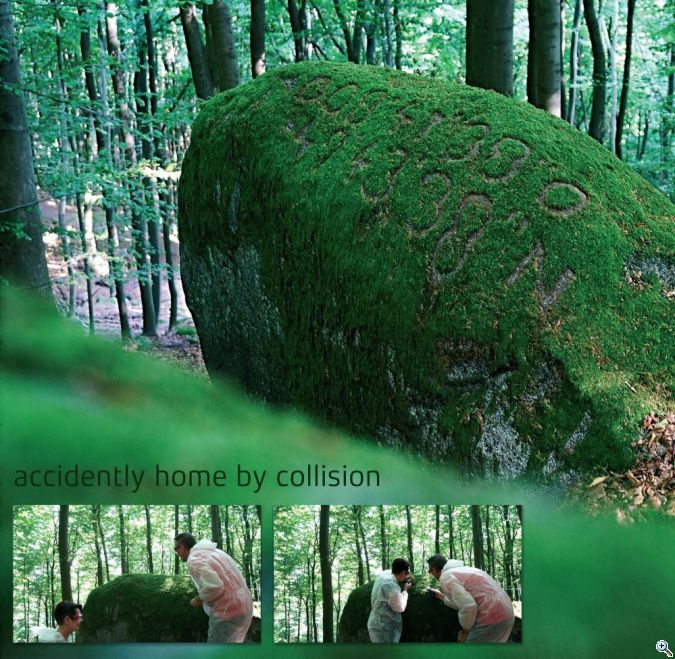 We could not better describe our work:

They do not depict what separates reality from realness, but use their work to playfully point out that the visible and non-visible are inextricably intertwined. ...As is typical of the works of Grosch and Rausch, seriousness, humour and irony interfere as a way of inducing emotional reflection.

Their projects alludes to a social utopia and is informed by an attitude that is irrefutably ecological and political….Characteristic of the artists' methodology are the medial confluence and the socio-cultural, interactive approach...

The situations and images created by the artist pair traverse the interface between everyday life and scientific research. Moreover, they explore the space they are designed for with a historical bent and by offering forward-looking – meaning socially utopian – solutions. Hidden and previously invisible images surface as a result...Images that are both familiar and strange – images that get our attention and get us thinking. Christian Kaufmann

Torsten Grosch and Haike Rausch have been working together since 1996 as an artist couple under the name 431art. Their conceptual works take shape in multimedial installations, interventions in public space, participatory art, as well as in photographic works, light installations, performances or even work in the virtual space. They curate exhibitions temporarily.

Many of their works are long-term projects, at international conferences and festivals (RUHR 2010, ISEA Istanbul, SPVH Sustainability Conference, Museum of Modern Art, Zagreb, Lichtkunstfestivals) and are in public collections. In October 2015, their illustrated book We graciously interfere with your perception was published by Seltmann Verlag. In 2016 and 2017, 431art was nominated for the MO art prize. Their long-term project botanoadopt received several awards; 2017 the Project N 2017 seal of the Federal Government's Sustainability Council. Numerous TV and radio coverage, magazine contributions and press reports. Among others, the Foundation for Future Performance FUTURZWEI reported on botanoadopt.

In 2017 431art participate in the exhibition Ecovention Europe: Art to Transform Ecologies, 1957-2017 at the Museum De Domijnen Hedendaagse in Sittard, NL.

Grosch and Rausch live and work in Frankfurt am Main.